Even though this year was unlike any other in the history of cinema, in that most films were either limited theatrical releases or premiered on at-home platforms, there was no shortage of first-rate works, including:

Yet none of these fine films made our list of the very best movies of 2020 (some of them not yet available for Chicagoans to see on digital platforms). Starting with No. 10, let the countdown begin.

Just as comedies are largely ignored for the most prestigious awards, they’re in short supply on many year-end “best of” lists. We’ve all heard actors and filmmakers talk about how it’s at least as hard to do comedy as serious drama, but when it’s a well-executed piece such as “Palm Springs,” these are the movies we love to watch over and over. And speaking of over and over, Andy Samberg and Cristin Milioti make for a great comedic team as wedding guests who find themselves in a time loop. Imagine having to attend the same reception time and time again! This is a laugh-out-loud funny, whip-smart and life-affirming variation on “Groundhog Day.”

Steven Soderbergh consistently finds new ways to make films, and he does it again with this Woody Allen-esque character study about three former college friends of a certain age (Meryl Streep, Dianne Wiest and Candice Bergen, all marvelous) who reunite on a trans-Atlantic cruise. Using a brand new Red Komodo Dragon camera, relying on natural light and filming over a two-week period, Soderbergh encouraged his actors to improvise, and the end result was one of the wittiest and most engaging movies of the year.

Writer and star Kelly O’Sullivan teamed with director Alex Thompson for this unique and original Chicago-based story about an aimless 34-year-old underachiever (O’Sullivan) who lands a summer job as a nanny to a precocious 6-year-old (Ramona Edith Williams). Making great use of its locations, “Saint Frances” is one of the best indie films in recent memory. Every frame of this film feels authentic.

The late Chadwick Boseman is a near-lock for a posthumous best actor Oscar for his career-best performance as a talented, swaggering, reckless trumpet player with an ego as big as the sun in this sharp and lean adaptation of the August Wilson play, set in 1927 Chicago. Viola Davis is sure to be nominated for her equally powerful work as Ma Rainey herself, who never met a stage or a recording studio she couldn’t own before she sang a single note. This is cinema as raw and bruising and beautiful poetry.

As a director, George Clooney has tackled some provocative and challenging material, from “Confessions of a Dangerous Mind” to “The Ides of March” to “Good Night, and Good Luck” and now “The Midnight Sky,” an ethereal and starkly beautiful futuristic sci-fi drama with Clooney doing some of his finest acting work as a lone scientist in the Arctic trying to reach a ship returning home from Jupiter to tell the crew members to turn around, because there’s nothing waiting for them back home. Haunting, thrilling, lyrical and heartbreaking, “The Midnight Sky” is a film that plays well on the small screen but would have been something to behold in theaters.

It seems like eons ago, but it was just last June when Netflix dropped Spike Lee’s Vietnam War reunion epic, with Delroy Lindo in a career-crowning performance as a vet with PTSD who never found his footing upon returning home and is now returning to Vietnam for a reunion with four former war buddies — and oh yeah, there’s a “Treasure of Sierra Madre” angle to their trip as well. Norm Lewis, Clarke Peters and Isiah Whitlock Jr. are memorably strong as Paul’s old friends, Jonathan Majors is excellent as Paul’s grown son, and Chadwick Boseman has a scene-stealing supporting role in flashback sequences.

This ranks among Lee’s finest films.

Pixar’s latest instant treasure is one of the most spiritually ambitious and emotionally resonant animated films of the 21st century so far, with Jamie Foxx leading the all-star voice cast in the story of an ordinary man with extraordinary musical talent who is on the verge of finally getting his big break when he literally falls into an in-between world. Brimming with music to make your heart soar and filled with Big Questions about the meaning of life, “Soul” is exquisitely beautiful, warmhearted, wickedly funny and deeply moving. There’s a sequence in this film that rivals the opening of “Up” for emotional heft.

The versatile and prolific Paul Greengrass (the “Bourne” trilogy, “United 93,” “Captain Phillips,” “Bloody Sunday”) is a world-class master of visceral films, and he’s at the top of his game with this post-Civil War saga starring Tom Hanks (great as ever) as one Jefferson Kyle Kidd, who travels across Texas with the latest newspapers in tow and literally reads the news of the world to the townsfolk. Kidd finds himself tasked with escorting an orphaned 10-year-old girl (Helena Zengel) to her surviving relatives, and to say they run into one nearly insurmountable obstacle after another as they travel the Texas plains is an understatement.

Once again, Greengrass has created a movie world in which every single character, every single piece of production design, is so real we feel as if we’re in the middle of it. Available Jan. 15 on demand.

Thirty years after Aaron Sorkin penned the stage play and then script for “A Few Good Men,” we’re still quoting lines from that classic courtroom thriller. Sorkin is back in court for a fictionalized (but essentially truthful) version of the riots at the 1968 Democratic convention and the subsequent trial in Chicago the following year. And while the appalling rulings by Judge Julius Hoffman (Frank Langella), the antics of Abbie Hoffman and Jerry Rubin (Sacha Baron Cohen and Jeremy Strong, respectively) and the outrageous mistreatment of Bobby Seale (Yahya Abdul-Mateen II) might seem like poetic license run amok, writer-director Sorkin told me he actually omitted some scenes from the real-life trial and toned down others because the historical truth was too bizarre to make for believable fiction. For the second time in Sorkin’s career, he has given us one of the best courtroom movies ever made.

Writer-director-editor-producer Chloe Zhao has crafted an instant American masterpiece starring the incomparable Frances McDormand as Fern, a widow in her 60s who loses everything in the Great Recession of the late 2000s and joins the burgeoning community of similarly displaced nomads who live in their vans and travel the Southwest, picking up odd jobs and finding a sense of community with their fellow travelers. The great character actor David Strathairn deserves supporting actor consideration for his portrayal of a kindly man who has traveled through some rough personal roads through the years and is hoping for a chance at a late-life romance with Fern, who isn’t quite sure what to do with such attention but knows she’s become more at ease sleeping in her rickety van alone than in anyone’s warm and comfortable home, with the guest bedroom just around the corner.

“Nomadland” can be a tough view at times, but as with all great works of modern art, you’ll be grateful for the chance to experience it. Opens Feb. 19.

The top entertainment stories, features and must-read reviews, sent to you weekly. 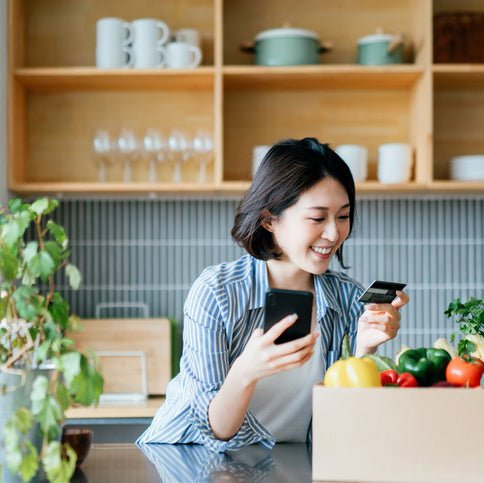