Thousands of people are desperate to get their hands on one of Perranporth’s latest and most exclusive new developments, The Dunes, a 39-apartment complex at the edge of the three-mile stretch of beach.

The apartments, which tower above the beach metres from the sea, have been built by developer Acorn Blue on the site of the old Ponsmere Hotel which was demolished in 2016.

While the luxury flats won’t be ready until next summer, the majority of them have been snapped up today (October 23) at The Dunes official launch, where prospective buyers queued overnight to make sure they didn’t miss out on the “once in a lifetime opportunity”.

Out of the 39 apartments at the site, four have been sold to Cornish housing association Coastline to market as affordable and 29 have been reserved in the few hours that they have been for sale.

That leaves only five apartments in the entire complex left to be sold and, with The Dunes marketing team meeting with even more prospective buyers throughout the day, the entire development could be sold off within 24 hours.

Group marketing manager Danica Clements told Cornwall Live: “We were not expecting quite this level of interest.

“People had queued through the night but when we arrived at about 7.30am, at this point there was no-one here. Everyone was given a ticket number and asked to come back at about 9.30am ready for doors opening at 10am.

“We have been seeing people in order of ticket numbers and we have reserved 29 apartments out of the 35 available.”

Hopeful buyers had to register their interest online first to be in with a chance of reserving one of the flats, and more than 2,700 said that they wanted to reserve one.

“We had a lot of interest,” added Ms Clements. “Our total database for this development was about 2,700 people, which is amazing and quite unexpected.

“It is such an amazing location and it goes to show how popular Perranporth and the beach really are. We did no outside advertising on the properties.”

After people had registered their interest in the one to four-bedroom properties, costing between £160,000 and £850,000, they were sent out plans of the apartments and then invited onto the site for viewings.

While the apartments have a long way to go before being completed, the development has shot up and is running to schedule.

Apartments are expected to ready for occupancy by summer 2018.

Ms Clements said: “The apartments haven’t just been sold to investors either, a lot of them have been bought by people to move into and live in themselves.

“We have sold some to local people and some coming from further afield and we have also sold some to first time buyers as well.

“Everyone has been really excited, some people have had their eye on the site for years, back when it was a hotel.

“We have had someone reserve one of the properties that is a first time buyer, their parents actually had their wedding reception at the Ponsmere.

“Another of the buyers said that this is a once in a lifetime opportunity. It’s really nice, because everyone is very excited about it.” 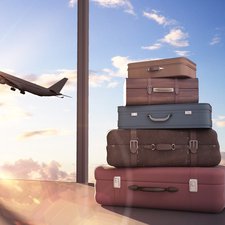